New infill sales activity begins to ease as restrictions get lifted and summer distractions come into play.
Single-family new infills posted 24 sales during the month of July, one less sale than last month, and down considerably from the 34 sales recorded in July of last year. Year-to-date sales are up over 60% compared to this time last year.

Single-family new infill inventory has declined to 137 active listings, from 149 active listings recorded last month, and is down considerably from 233 active listings recorded at this time last year.
New infill townhome sales eased considerably compared to previous months with 5 sales recorded in July, compared to 15 sales recorded in June. However, they’re more in line with July of last year, where 7 sales were recorded. Year-to-date sales are up 100% from last year.
New infill townhome inventory has declined to 41 active units for sale, from 44 active units recorded last month, and is also down compared to 69 active units recorded at this time last year.
With the Calgary Stampede behind us and the final few weeks of summer coming to a close, we are cautiously optimistic that new infill sales activity will continue at a healthy pace into the cooler months. 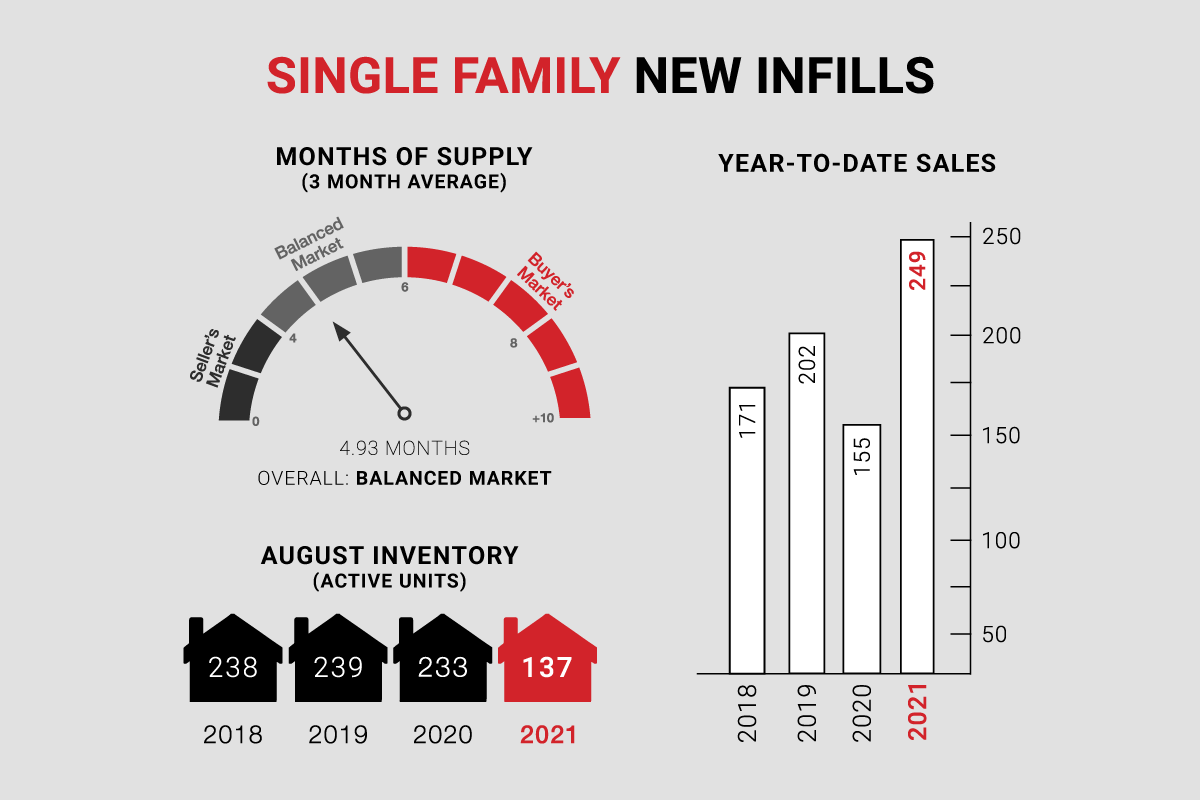 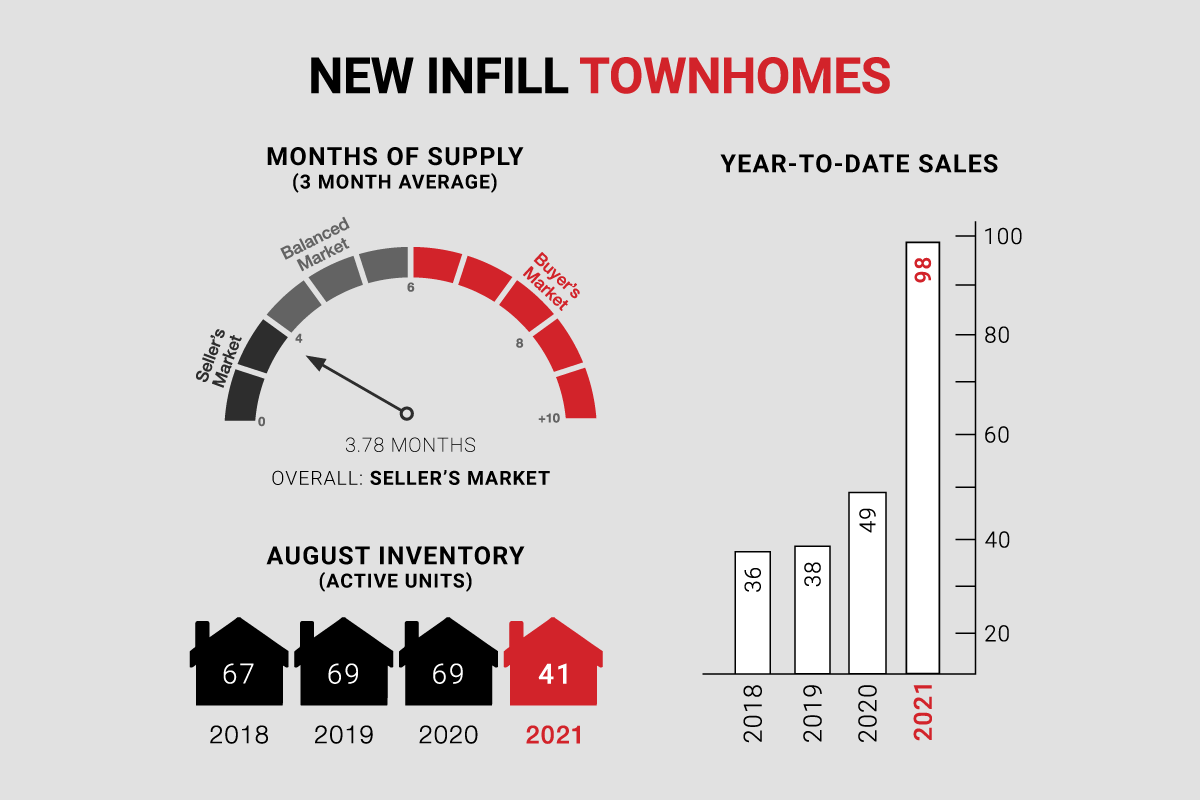 CREB, August 3, 2021 - July sales totaled 2,319 units, which is well above long-term averages and the best July on record. The pace of sales growth has eased over the past few months, but so too has the pace of new listings growth. This has helped prevent any further monthly gains in inventory levels, and while overall supply remains slightly higher than last July, it’s mostly due to gains in apartment and row product.
With 6,678 units in inventory in July, the months of supply rose to just under three months. These gains are leading to far more balance between sellers and buyers. However, there is a significant variation between product type, as the months of supply ranged from two months in the detached sector to nearly six months in the apartment condominium sector.
“Over the past several months, we have seen housing market conditions trend toward more balanced conditions,” said CREB® Chief Economist Ann-Marie Lurie. “This eased some of the upward pressure on prices, as prices are starting to stabilize following steep gains that occurred in the first half of the year.”
Benchmark prices in the city reached $460,100, slightly higher than last month and nearly 10 per cent higher than last July. Price growth has been the highest in the detached sector, which currently sits 11 per cent above last year’s price and has finally recovered from previous highs in 2014.