Single-family new infills posted 20 sales during the month of October, slightly below last month's 24 sales and down from the 29 sales recorded in October of last year. Year-to-date sales are still up over 26% compared to this time last year.

New infill sales activity is expected to trend downwards as we approach the Holiday Season. This, coupled with declining inventory (until the New Year), generally stabilizes pricing given the balance between demand and supply. 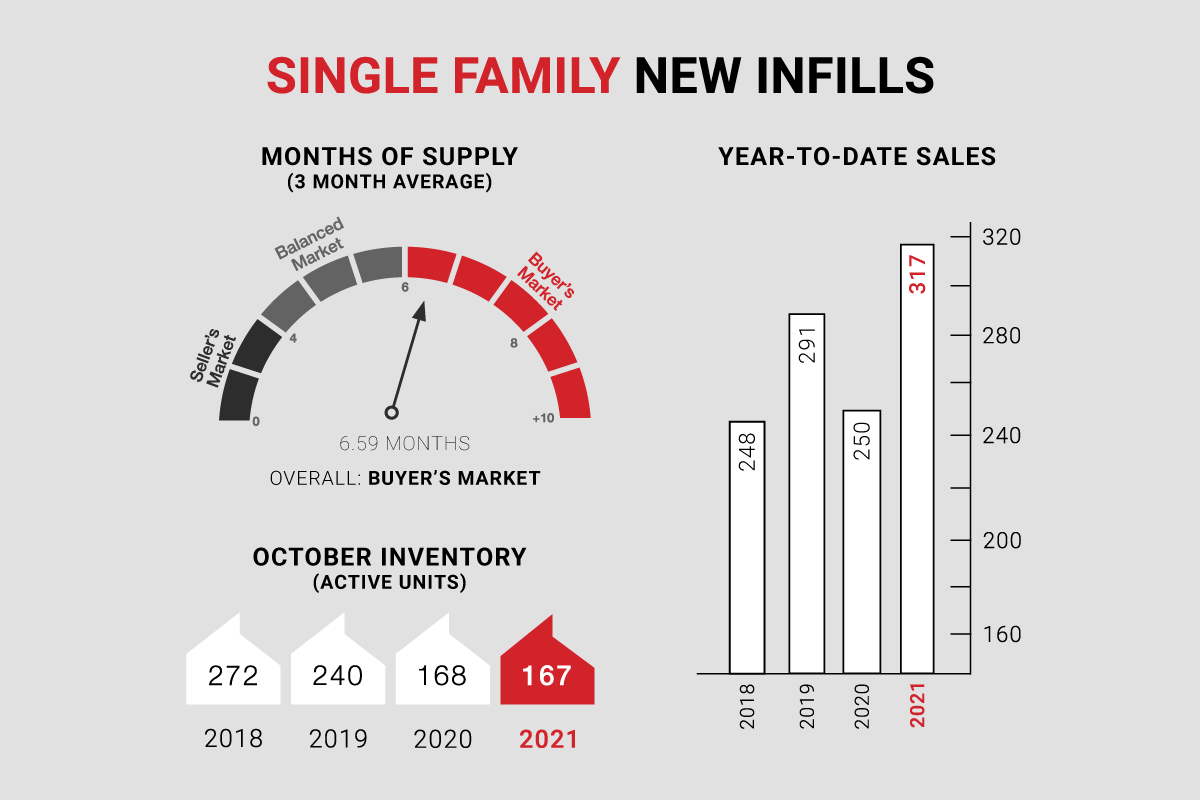 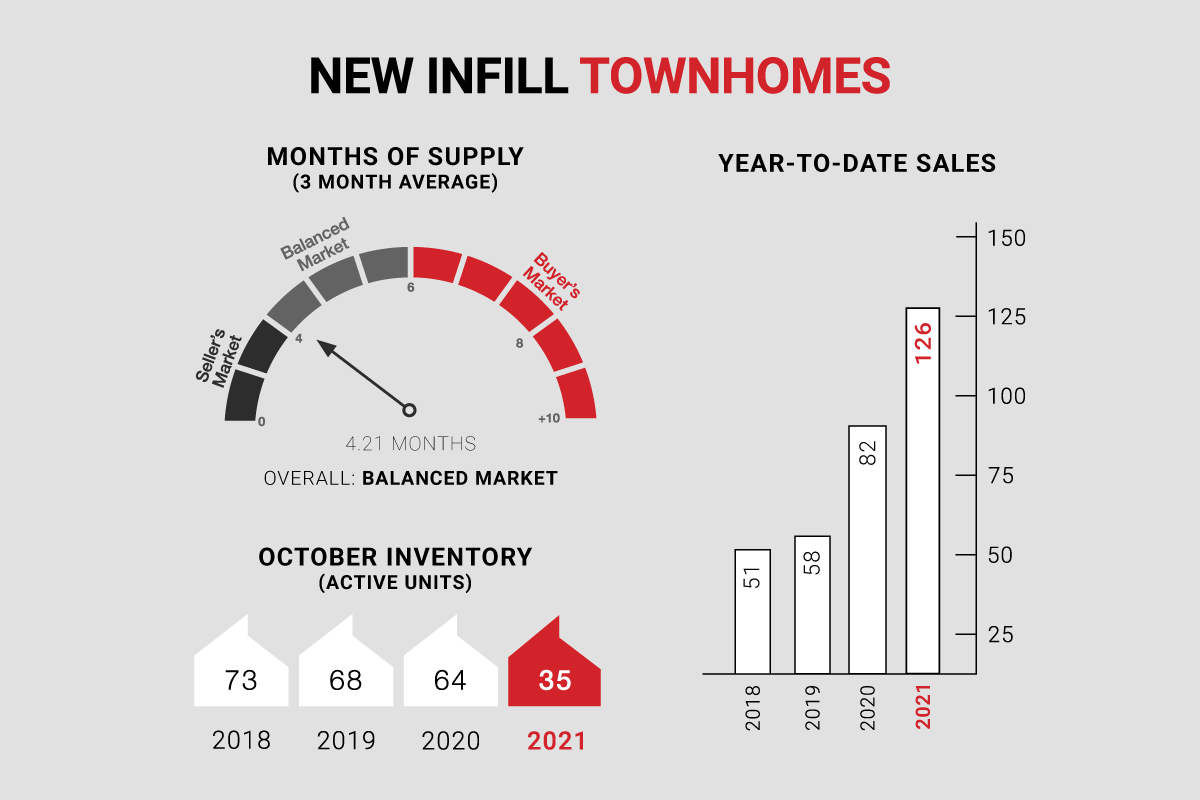 “Moving into the fourth quarter, the pace of housing demand continues to exceed expectations in the city,” said CREB® Chief Economist Ann-Marie Lurie.

“Much of the persistent strength is likely related to improving confidence in future economic prospects, as well as a sense of urgency among consumers to take advantage of the low-lending-rate environment.”

New listings have improved relative to last year, but stronger sales caused further easing in inventory levels, which remain 16 per cent lower than last year and longer-term averages for the month. Supply levels have struggled to keep pace with demand, but much of the decline in the months of supply has been related to the strong sales levels. As of October, the months of supply dipped to just over two months.