The new infill market wrapped up 2021 with very strong sales activity and some of the lowest inventory levels experienced in the last few years.

Single-family new infills posted 21 sales during the month of December, down significantly from last month’s unusually high 39 sales, but only slightly down from the 24 sales seen last December. Despite the slower end to the year, annual sales are up over 26% compared to 2020, with 377 total sales on record.

New infill townhomes posted 3 sales during the month of December, down from the 6 sales recorded last month and from 8 sales recorded in December of last year. Despite the slower end to the year, annual sales are still up over 37% compared to 2020, with 135 total sales on record.

With sales activity expected to ramp up early this year due to pent up buyer demand, and with available inventory at already lower than ideal levels (with no signs of relief on the horizon), new infills are likely to see a seller’s market by spring, with prices trending in an upward direction. 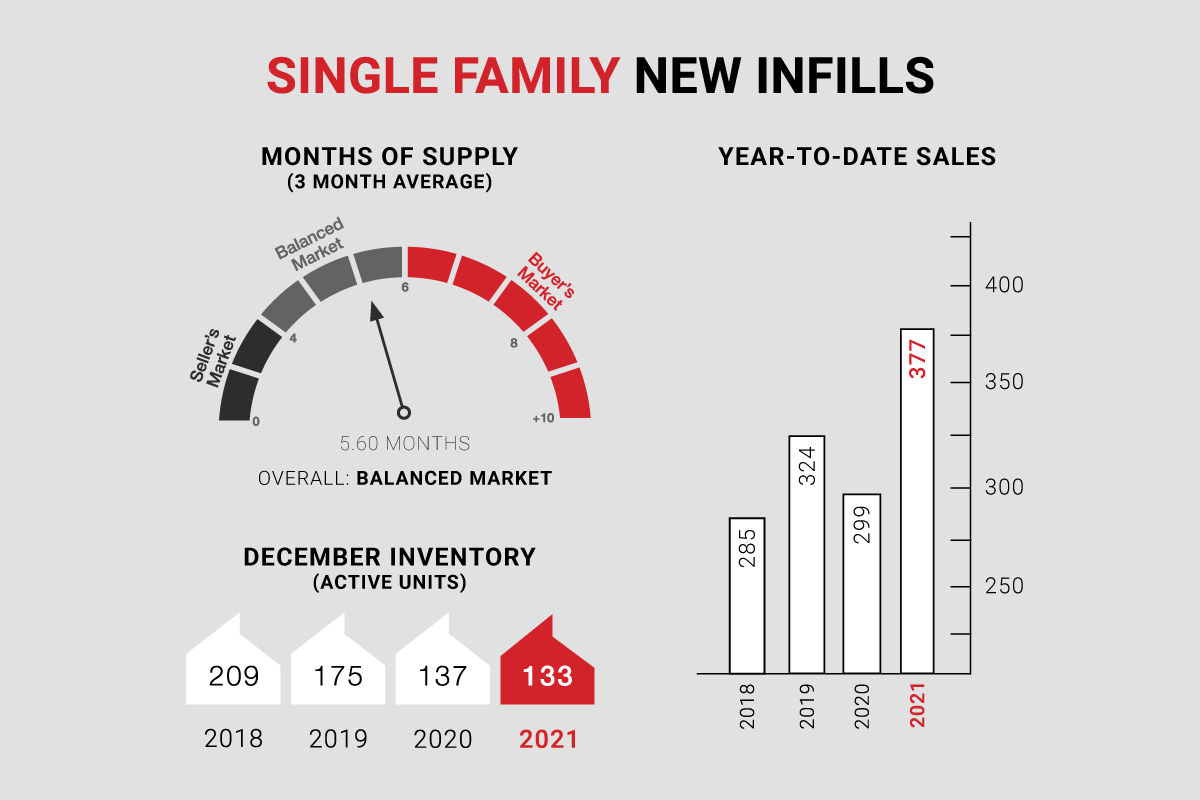 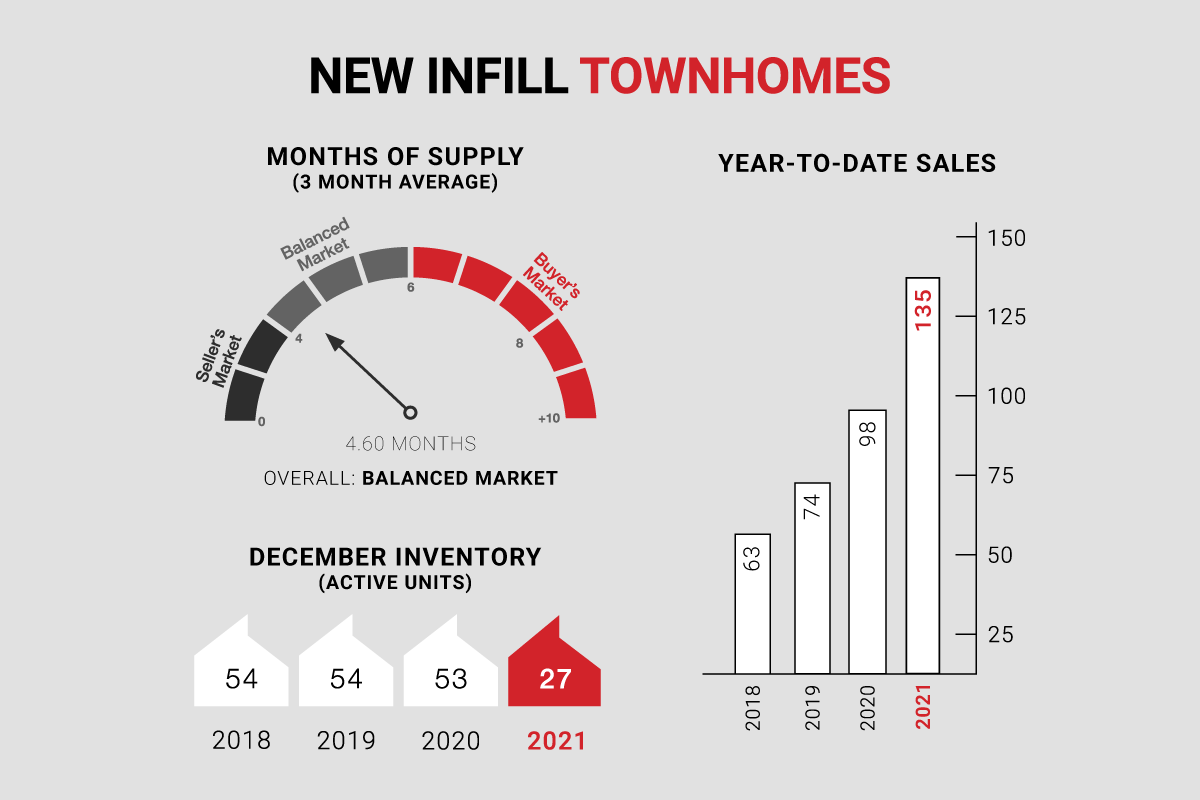 “Concerns over inflation and rising lending rates likely created more urgency with buyers over the past few months. However, as is the case in many other cities, the supply has not kept pace with the demand, causing strong price growth,” said CREB® Chief Economist Ann-Marie Lurie.

We are entering 2022 with some of the tightest conditions seen in over a decade. As of December, inventory levels are nearly 25 per cent lower than long-term averages for the month. This will have an impact on our housing market as we move through 2022. More details on the housing market forecast for 2022 will be released on Jan. 25.