Single-family new infills posted 37 sales during the month of January, up from last month’s 21 sales and up from January last year’s 30 sales.

New infill townhomes posted 10 sales during the month of January, up considerably from the 3 sales recorded last month and on-par with the 6 sales recorded in January of last year.

With Spring just around the corner and inventories in such a steep decline, buyers are scrambling to lock in prices prior to the market really heating up. With minimal relief in sight with respect to inventory, we anticipate prices to steadily move upwards as we move through the spring selling season. 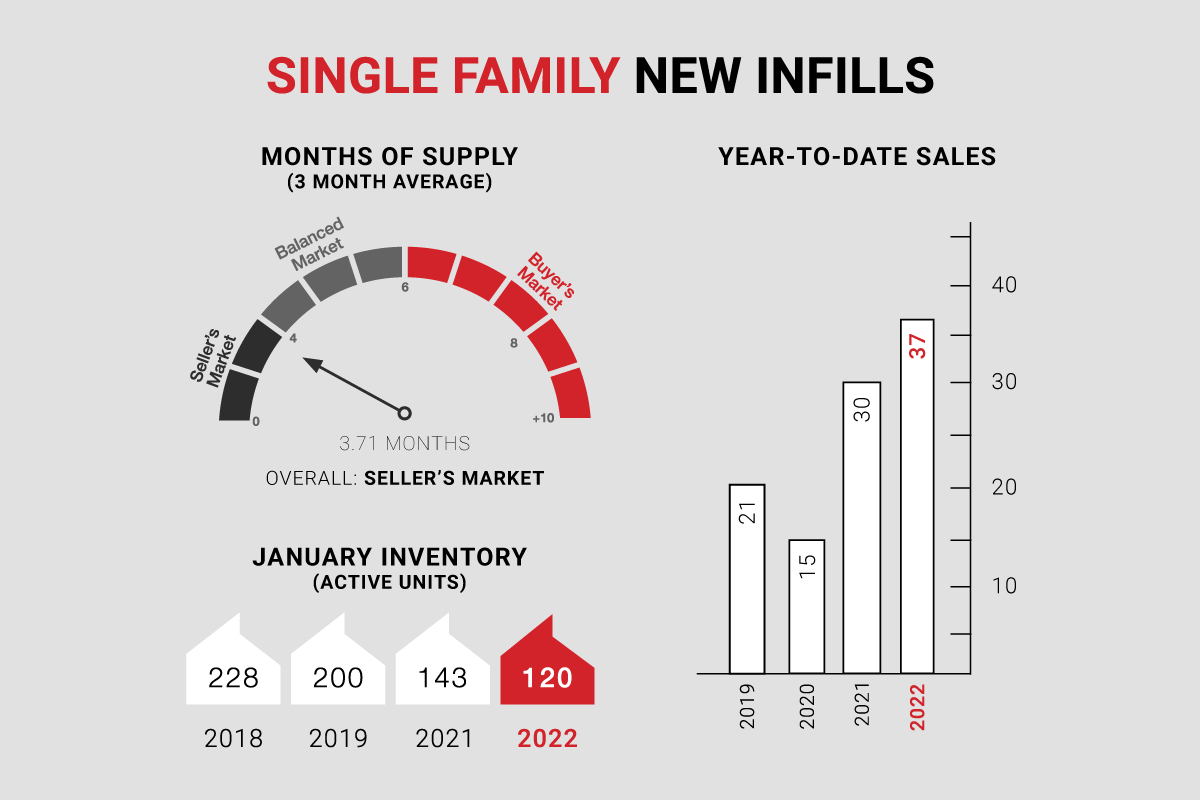 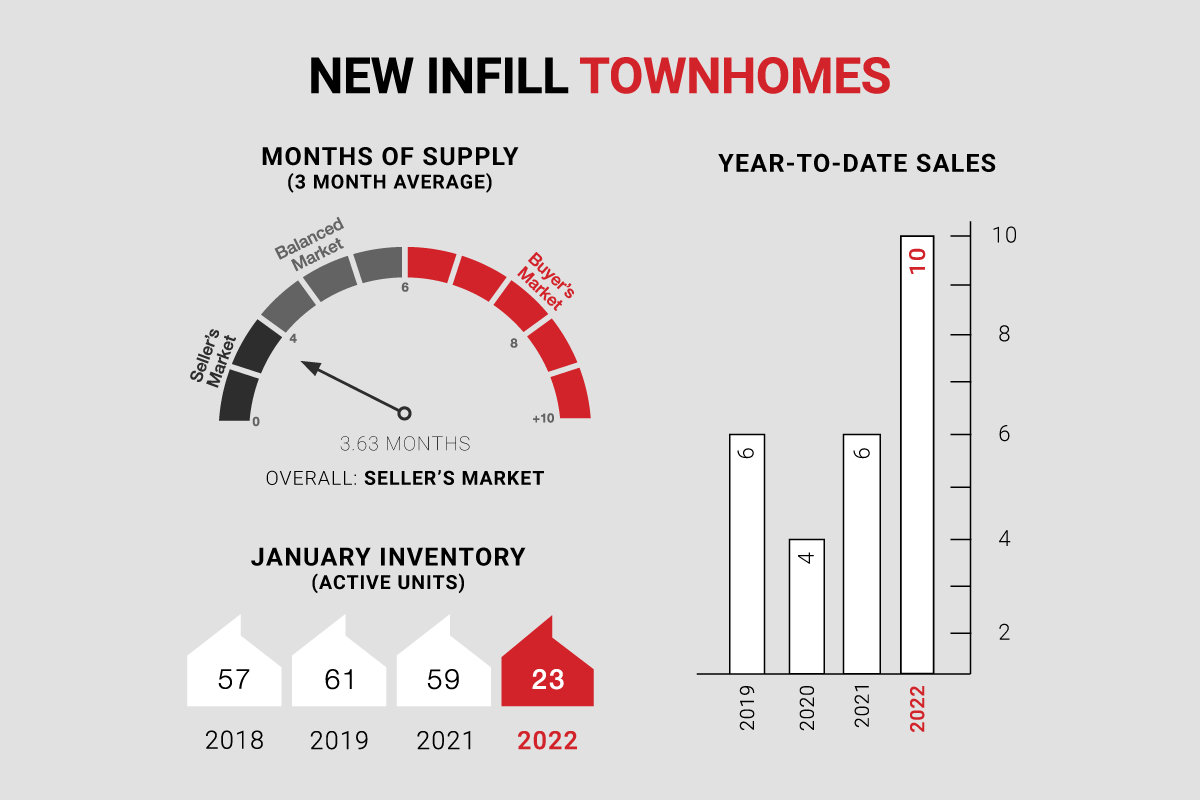 City of Calgary, February 1, 2022 - Thanks to persistently strong sales, inventory levels in the city eased to 2,620 units, the lowest levels seen since 2006. This caused the months of supply to remain exceptionally low for this time of year at 1.3 months.
The tight market conditions contributed to further upward pressure on prices. The unadjusted benchmark price in January reached $472,300, a monthly gain of nearly two percent and a year-over-year gain of 12 percent.
“Expected gains in lending rates are contributing to persistently strong demand in the housing market, as purchasers are eager to get ahead of any increases,” said CREB  Chief Economist Ann-Marie Lurie.
“We did see more listings this month, but it did little to change the market balance or take any pressure off prices. This was expected, as these conditions should persist for several more months.”
There were 2,009 sales in January, well below record levels, but over 98 percent higher than long-term trends. At the same time, 2,476 new listings came onto the market, resulting in a sales-to-new-listings ratio of 81 percent. This is far higher than levels traditionally recorded in January.