Single-family new infills posted 28 sales during the month of April, down considerably from last month’s 44 sales and also down from the 42 sales recorded at this time last year.

New infill townhomes posted 7 sales during the month of April, down from last month’s 9 sales and considerably down from the 22 sales recorded in April of last year.

Although recent sales activity indicates signs the market is cooling, this is more likely due to a lack of supply rather than an easing of demand. Current inventory levels are significantly bolstered by a higher than usual supply of pre-sale inventory, which typically represents a lower percentage of available housing during balanced market conditions. Although interest rates are rising and expected to rise further, demand for new infills is still very high, and prices are expected to continue to tick upwards as we move through the Spring market. 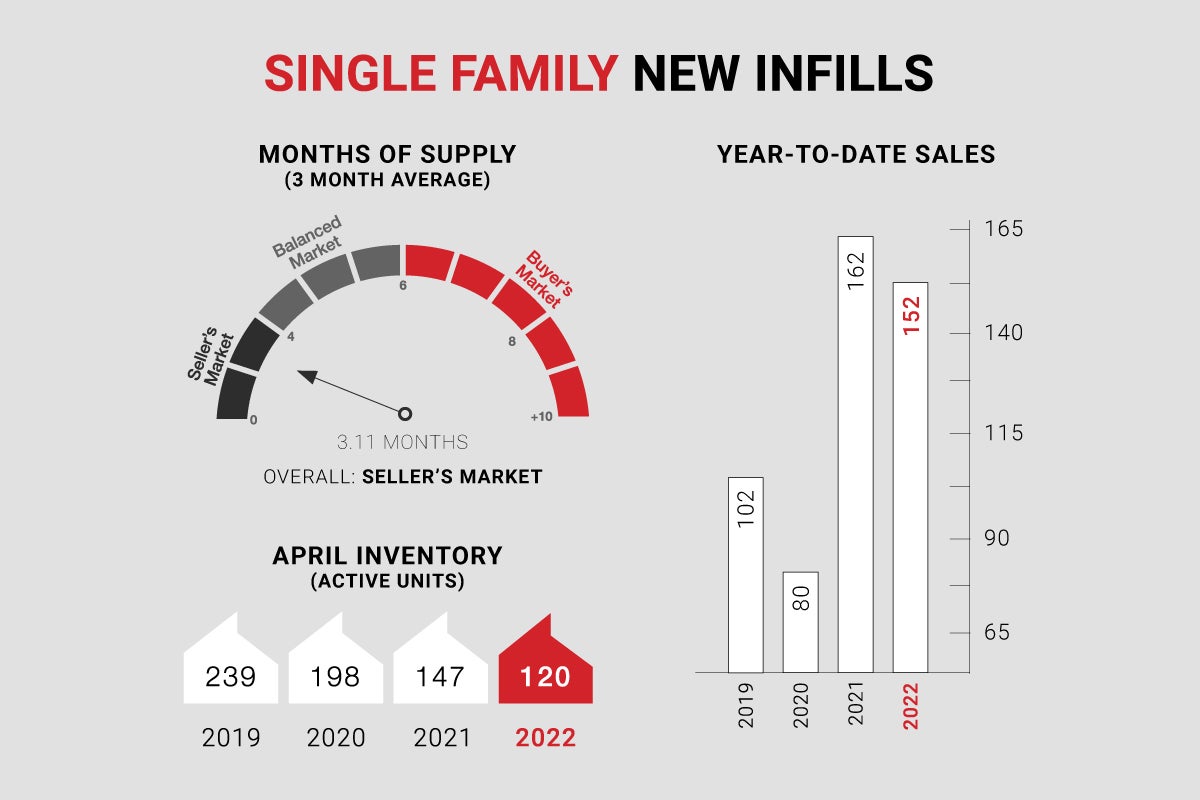 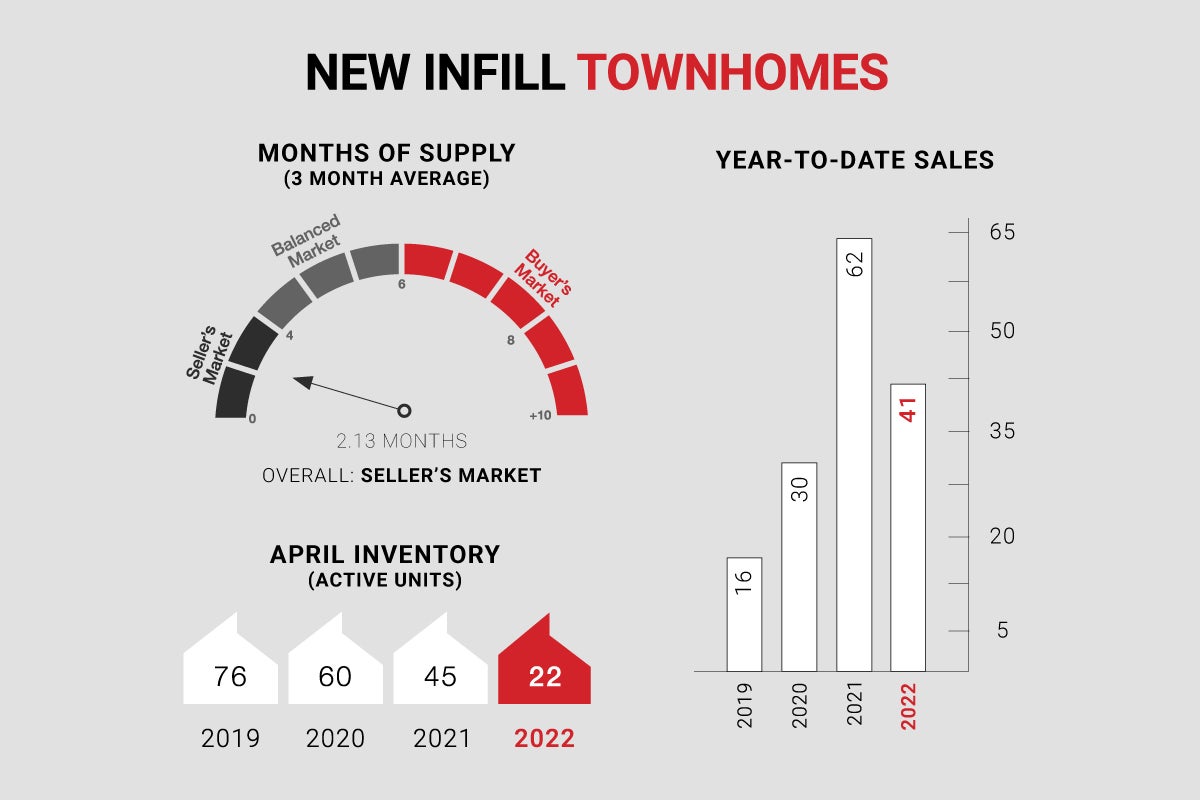 City of Calgary, May 2, 2022 - Following an all-time record high month of sales in March, activity slowed down in April. However, with 3,401 sales, it was still a gain of six per cent over last year and a record high for the month of April.
“Despite some of the monthly pullback, it is important to note that sales remain exceptionally strong and are likely being limited due to supply choice in the market,” said CREB® Chief Economist Ann-Marie Lurie. “While further rate increases will likely start to dampen demand later this year, more pullbacks in new listings this month are ensuring the market continues to favour the seller, resulting in further price gains."

New listings trended down relative to last month and levels recorded last year. With the sales-to-new listings ratio remaining above 74 per cent, there was not much of a shift in overall inventory levels.

With 4,850 units in inventory, we are nowhere near record low inventory levels, however, levels are far lower than what was recorded in April since 2014. What has changed in the market is the composition of the inventory levels. When comparing inventories today to what was available in 2014, we can see that detached homes comprise of a smaller share of the inventory levels especially for properties priced below $500,000.