Single-family new infills posted 14 sales during the month of December, down from the 24 sales recorded last month and also down from the 21 sales posted in December of last year.

As we make our way towards the Spring market, which historically is the busiest time of the year for real estate, inventories remain extremely low with little relief on the horizon. Even though interest rates continue to inch upward, it may not be enough to stop the effects of continuous demand on low supply, putting upward pressure on prices.

From all of us at Urban Upgrade & NewInfills, we wish you a Happy New Year! 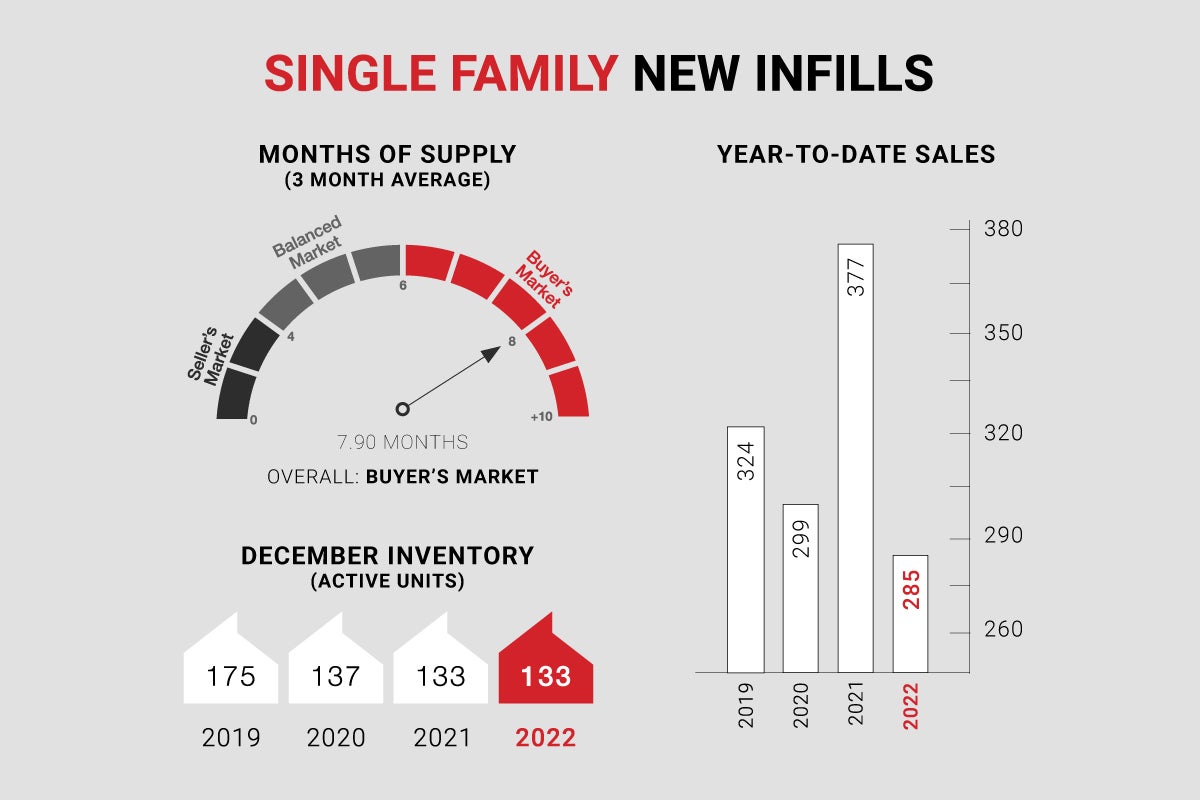 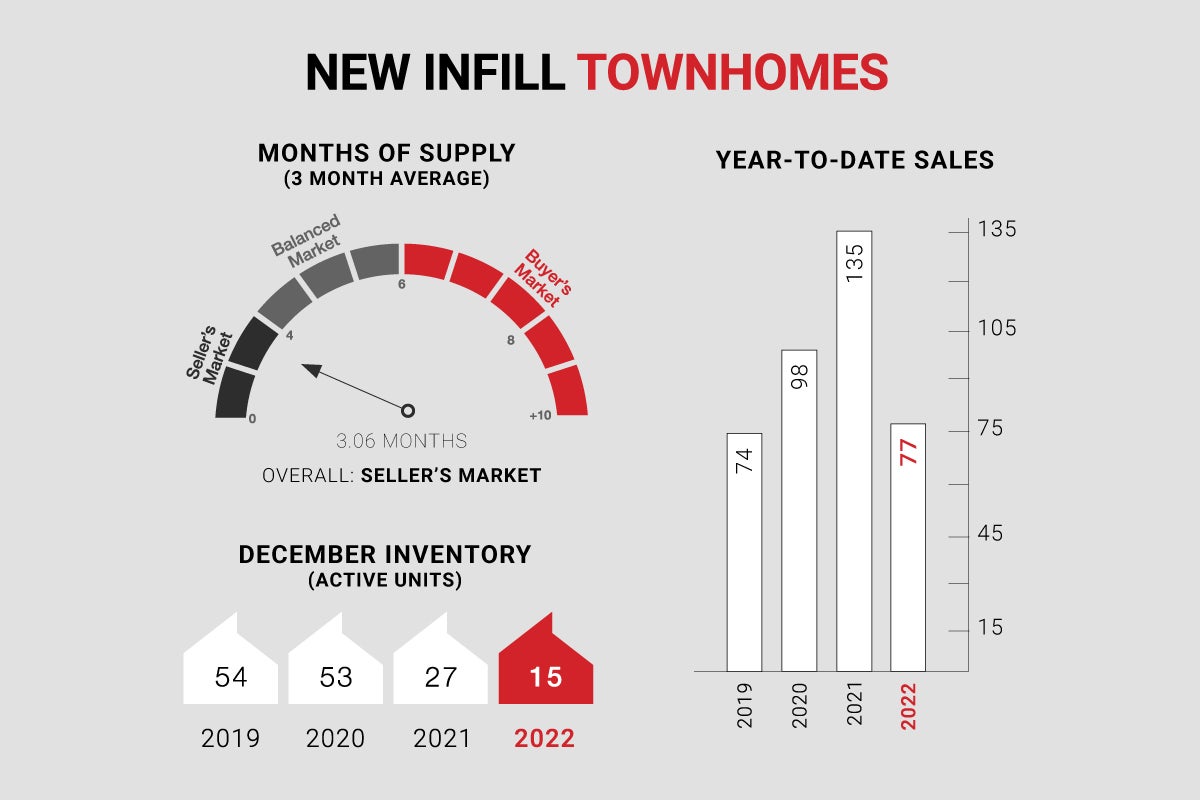 City of Calgary, January 3, 2023 - December sales eased, however, slowing sales over the second half of 2022 were not enough to offset earlier gains as sales reached a record high of 29,672 units in 2022.

Over the past several months, the pullback in sales was also met with a significant pullback in new listings, causing further declines in inventory levels. As of December, there were 2,214 units available in Inventory, making it the lowest level of inventory reported for December in over a decade.

“Housing market conditions have changed significantly throughout the year, as sales activity slowed following steep rate gains throughout the later part of the year,” said CREB® Chief Economist Ann-Marie Lurie. “However, Calgary continues to report activity that is better than levels seen before the pandemic and higher than long-term trends for the city. At the same time, we have faced persistently low inventory levels, which have prevented a more significant adjustment in home prices this year.”

The housing market in 2022 generally outperformed expectations both in terms of sales and price growth.